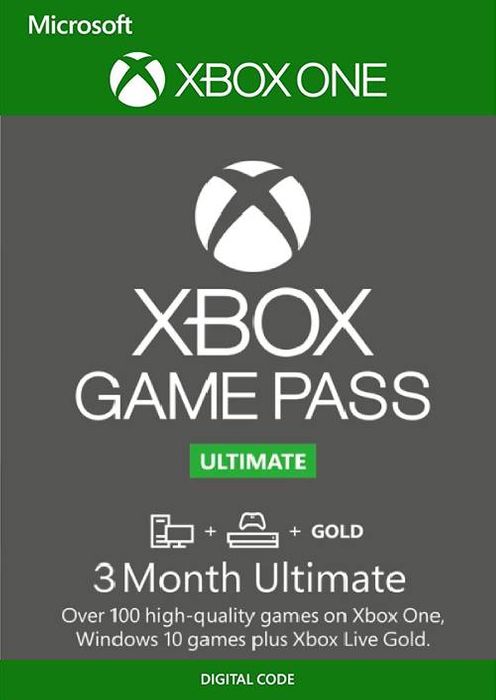 Here is an extremely cool unique gamertag for you : 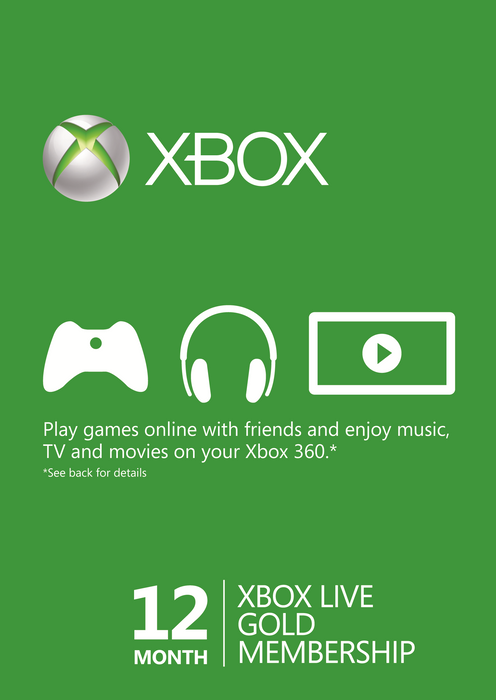 Get some awesome Microsoft Xbox Gamertag ideas using our tool

Microsoft Xbox is used by millions of gamers and the userbase is only increasing. It is only natural that there will be a shortage of good gamer names due to such high demand. Many Xbox users use our tool to create and generate awesome gamertags and usernames that will resonate with the theme, mood or chararcteristic of the player they represent. We launched this tool (including the gamertag availability checker to ensure that our users can easily and conveniently get there needs met in one place. It will give you awesome Gamertag suggestions which will definitely help you stand out! So, are you waiting for an invitation? Start using this cool Xbox gamertag generator now!

Gamertag Generator generates unique and awesome Gamertags using screen names to identify yourself. It considers your interests, hobbies, what you like and what you want to include in your gamertag. The output is based on characters or words used to create your profile. The screen name you have is your screen name and it is how people identify you. You can choose the name and character to reflect your personality and content based on what you are interested in - and the result is the result of your search.

Gamertag Generator is perfect for gamers and Xbox Live accounts, but you can also use it to generate gamertags on other platforms such as PSN, XBLA, ESRB and more!

You can find your perfect gamertag using this generator

Use this as an Xbox gamertag generator for Xbox or Playstation. Grab random names for Nintendo, Twitch, Stadia, YouTube or any other platform. With thousands of screen names, you're bound to find impressive screen names that aren't taken yet. You can also find a new Nintendo, Nintendo or Stadia or YouTube gamer tag for PS4 or the Xbox Games Store.

The generator will generate a random name for Xbox, Stadia or any other platform. These are perfect gamer tags that aren't taken yet and can be used on Twitch, YouTube or PSN as well!

Can my gamertag be used/taken by another person?

As of the moment Microsoft does not allow this as no one will be able to claim the same gamertag without a mandatory, auto-assigned suffix.

We are not able to detect or prevent the creation of tags deemed hateful or offensive however, our generator has no such content as we are strictly for clean entertainment

Why do you not support emojis?

Microsoft as of present moment does only accepts alphanumeric values as tags for its platform.

Is it possible to save my favorite gamertags after generation?

At the moment we are working on our app to enable way more features which will include saving up to 100 tags.

Can I do more advanced customization for my tag?

Yes! Please check the checkbox next to "Customize your gamertag?" above to view a wide range of options to use and get the perfect customized gtag. 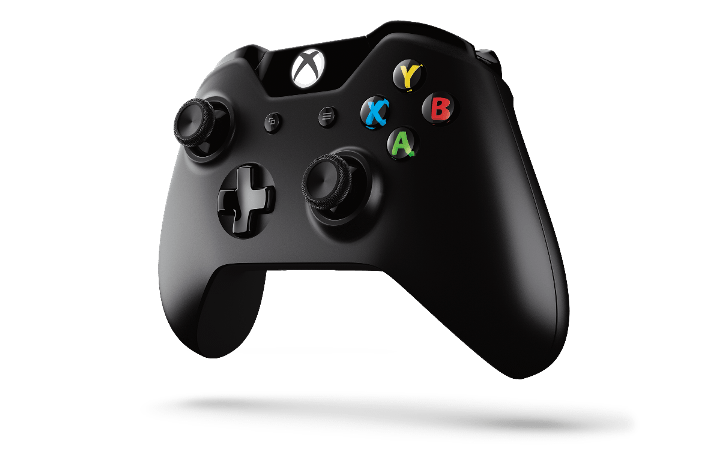 What is Xbox Gamertag generator?

Xbox Gamertag Generators are tools that can help you to create unique, creative and awesome Gamertags for your character in games. A Gamertag, or username as it's often called, is how people identify themselves when playing online with others. Some people find the name of their game-character super important, so It's recommended to use sites such as GetGamerTag.com for random gamertags, where they have all sorts of names already ready to go - but if none suit what you're looking for, then this site lets users generate their own!

What are OG usernames?

OG stands for Original Gamertag and was initially used to describe a new player starting back up with old but still active accounts. They're old-school, serious players and often carry the most prestige. Most OG's are gamers who don't like being called noobs, and gaming is their life; they stick to it through thick and thin. Unfortunately, few true OG's left because some people abandon their accounts to create a new one in order not to be found (most notably if there is an incident where the player does something embarrassing). But those who have stuck with their Gamertags for years still exist; you probably know them by reputation only but would never dare mess with them.

Are there any 3 letters Gamertags left?

It's hard to predict how many three-letter awesome Gamertags are still available at any given time. In the past, service providers have occasionally deactivated unused random Gamertags. Recently, however, many wallets like Titan Wallet offers a single three-letter word as their first Gamertag option for free and maybe a good place to find a new three-letter name. Another way of finding a new 3 letter Gamertag would be to search for them manually.

What is a good Xbox Gamertag?

It is better to have a name that cannot be bought by someone else and is not banned or used as a title for another game. It should also be something you can remember and has a lot of characters with at least 3-5 letters in addition to numbers or symbols. This will help make you stand out. Use the following guidelines when choosing your tag:
1) So many people use their name as their Gamertag;
2) Make it more personal & interesting (not just cool);
3) Don't use names of branded companies or copyrighted characters;
4) Keep it original.

How do I get a Tryhard Gamertag?

Are you looking to add a little flair or prestige to your online gaming handle but don't want people to know what it means and misinterpret the meaning? Here is how you can do that. The first thing is if there's already an established part of your name in lowercase letters like 'x' or 'v', then this would be perfect! For example: v(name) instead of (name). You could also put FN at the end as well; just make sure they're all in alphabetical order together, so it looks more cohesive-like:(name)(FN), which will blend with any other Gamertag! As long as these aren't too complicated for a player to understand.

What are good girl Gamertags?

How do you get a 3 letter Gamertag?

Any character Gamertag can be made on any retail console except for single characters. All three letters are taken in either spaced or unspaced formats, with no spacebar being able to change them. So the only way to get one would be if someone decided they wanted theirs changed (not very likely).

Can you look up Xbox Gamertags?

If you're looking for a random Gamertag, go to the right-hand side of your account on http://account.xbox.com/. There is an option that says Messages & Friends with two tabs below it; click them and type in "Xbox Gamertags" into the search bar at the bottom left corner for instant results!

How do you get a good Gamertag?

It's essential to create a Gamertag that will support your game identity. Some gamers use their real name as their gamer tag; others come up with a separate persona (random gamertags) like Redrum747 or Saiyameafo. If you're not sure what tag to get, just ask friends or family for some input and then start testing it out in different games. Once you find one that sticks, it doesn't usually change because the idea will be communicated quickly and easily through your Gamertag, which means there needs to be something memorable about it. If you want help with your Gamertag, check this site https://getgamertag.com/ .

How do I make my Gamertag unique?

If you are a sniper and rarely go on the frontlines, names typically associated with snipers may be suitable. Random names like "Patient Zero," "Octo-Dad," or "Prototype." If you mostly spend time being one of the frontline soldiers, names like "John Connor" or Diego from the Lego movie might be a better fit. You want your tag name to connote your game style and personality while still fitting in character constraints such as 6 letters long, no spaces, contains only numbers 0-9.

What are some funny Gamertags?

How do you come up with a good Xbox name?

A good Gamertag generally have one of the following attributes:
- Unique
- Not taken by someone already on your friends' list
- The creator has often thought about it for a while
- No numbers (Nicknames)
Examples of these can be people's first name, last initial with numbers at the beginning or the end, something that describes them singularly like their favorite color. Another example is having letters and numbers to distinguish themselves from others with similar names.

What is a cool Xbox Gamertag?

If you're looking for your Gamertag to convey a certain vibe, there are plenty of good ideas. A good first step is to think about what kind of gamer you want to be known, as this will help determine which title or word goes best with "Xbox." Occasionally people add numbers in front or even append their Gamertags with some text representing their real name. There's nothing intrinsically wrong with doing this, but it's not recommended for gamers who want an exclusive Gamertag that can't be found by simply searching on Xbox Live (which I recommend almost everybody do). Freehand texting also comes into play sometimes.

Can you change your Xbox name for free?

Yes, you can change your Xbox name for free, but only once; any changes after that are chargeable at a rate of $9.99.

How short can your Xbox Gamertag be?

Short Gamertags are tricky. Xbox assigns a four-digit suffix to make sure you're unique, but that's only for 11 characters. For 10 or fewer letters, the limit is 5 digits! The best part about it? It's auto-assigned by Xbox, so you can't mess up and have someone else take your handle!

How do you get an Xbox gamer tag?

What is a cool Gamertag for Xbox one?

That's pretty tough to answer since it probably depends on what kind of gamer you are. Some people take their IDs very seriously or use them to identify with their favorite game or genre. They may want something along those lines with no connection whatsoever to who they are in real life (ex: EddieMustDie). Others might be open about picking just about anything as long as it sounds cool (ex: DanthePunisher94), while still others could go so far as say the name of an animal they're into - monkey!!

What should I name my Gamertag?

There are so many Gamertags, and they are often taken. If you already have a Gamertag, then it's very unlikely you'd be able to switch to anything "better." So instead, try picking one of the millions of random names that people on average pick each day. You might not like any name that comes up, but at least there will always be new ones. But if you don't want any lousy Gamertag name, then It is suggested that you type in something random and coming up with something short-term for just one account.

What is the best name for a gamer?

There's no right answer for this one, but maybe AVENGER or Loki or whatever makes sense to you. This is, out of all, the most subjective.

How many ideas can I generate with this gamer tag generator?